The client was looking to build one form entry primary school of 210 places, plus a 26-place nursery on a site provided to them under a section 106 agreement in the new local development, Highfields.

The vital requirement was that the school needed to be completed by September 2020, as a result of the housing development delivery having been accelerated by the developers. We were commissioned by the client to carry out a full multi-disciplinary design service for RIBA stages 1-3, and the roles of Project Manager, Employers Agent, and Client-Side Advisor from RIBA stages 4-6. This incorporated technical advisory support from our multi-disciplined in-house teams.

The school site needed to encompass the new school, which was to be fully compliant with BB103 guidelines; needed natural daylight and free flow access to the outdoors; a secure outdoor play and a full “under 11” football pitch within the same site.

The building had originally been designed up to Planning Stage as a traditional build. However, due to the acceleration of the local housing development and the completion date for the project being brought forward to cover increased demand on primary school places, there was a requirement to identify a quicker construction method. We worked closely with the client and our framework contractor Morgan Sindall to assess different options. To achieve the accelerated programme, our design & build contractor, Morgan Sindall, worked with their supply chain provider Eco Modular to modify the stage 3 traditional design to suit this new method of construction. The client decided to opt for a modular build, so Morgan Sindall changed the elevations and appearance of the building from the stage three traditional design to suit this new method of delivery. This shift ensured a greater speed of delivery, which was vital to the project, totalling four weeks of enabling and forty weeks of construction. This meant the 45-module build-work could be completed sixteen weeks faster than a project with similar specs.

The enhanced speed of delivery of the modular construction method was invaluable when the covid-19 pandemic took hold. The modules had arrived during the February half term where fitting and wiring works had already begun. However, during the first week of the national lockdown, all the modular construction staff were placed on furlough causing the building works to be put on hold. During this time, we went into negotiations with the modular company stressing the importance of building works to recommence immediately so the build could be completed on time. After successful discussions, the company was back on-site three weeks later to complete the fitting of the modules.

An aspect of the design that proved challenging during delivery was the two-story hall. This challenge was met, and the hall was completed by splitting its construction into two modules, one without a top and one without a bottom, and joining them together on site.

Collaborative value was added to the project via our close working relationship with Morgan Sindall. Our excellent communications throughout the project ensured everything ran smoothly, including meetings in the early stages to ensure any potential issues were flagged and resolved to avoid them occurring on site and causing delays. Our collaboration also ensured effective quality control, such as being able to observe the production process first-hand during a visit organised by Morgan Sindall to Eco-Modular’s factory. This enabled an early defects review before fabrication was completed and the units transported to site. 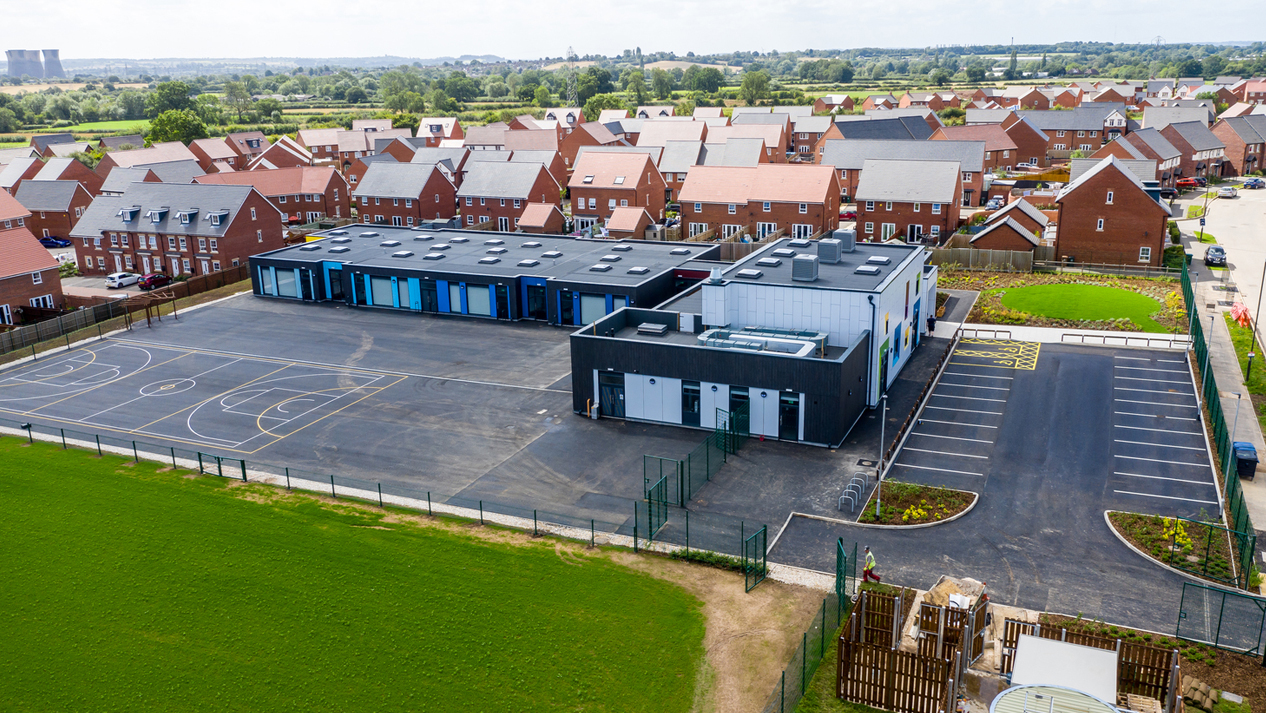 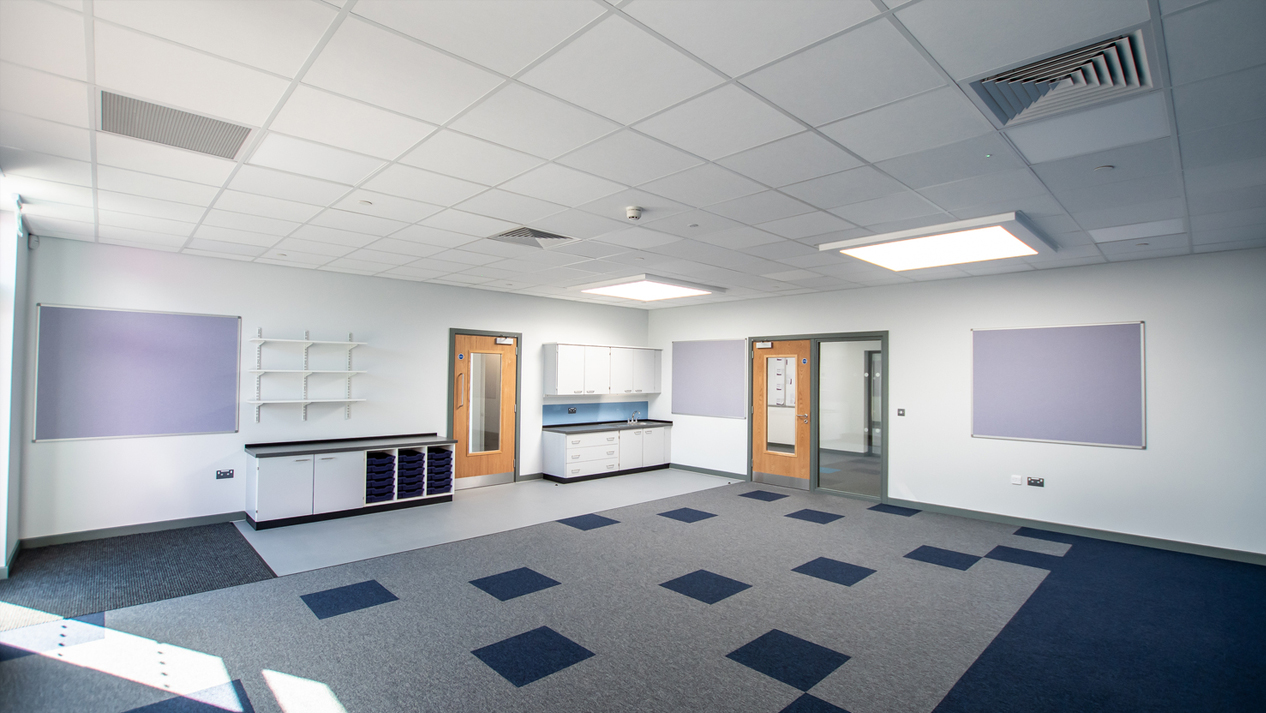 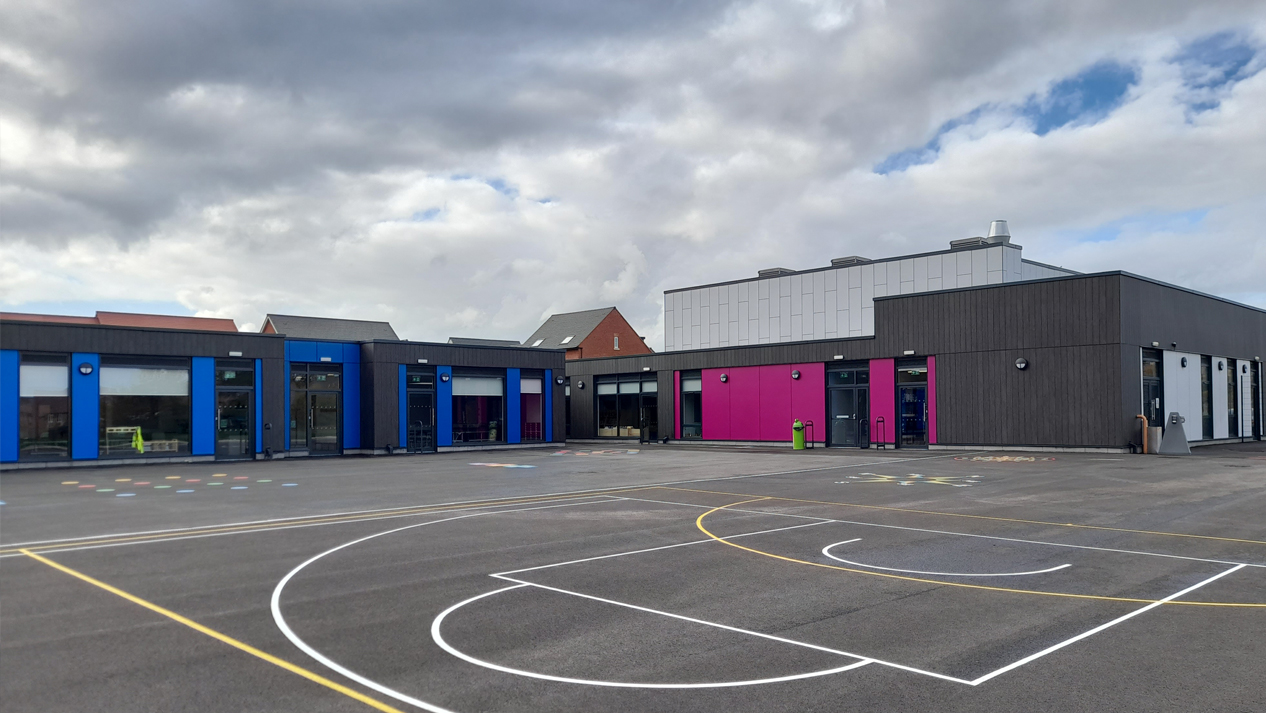 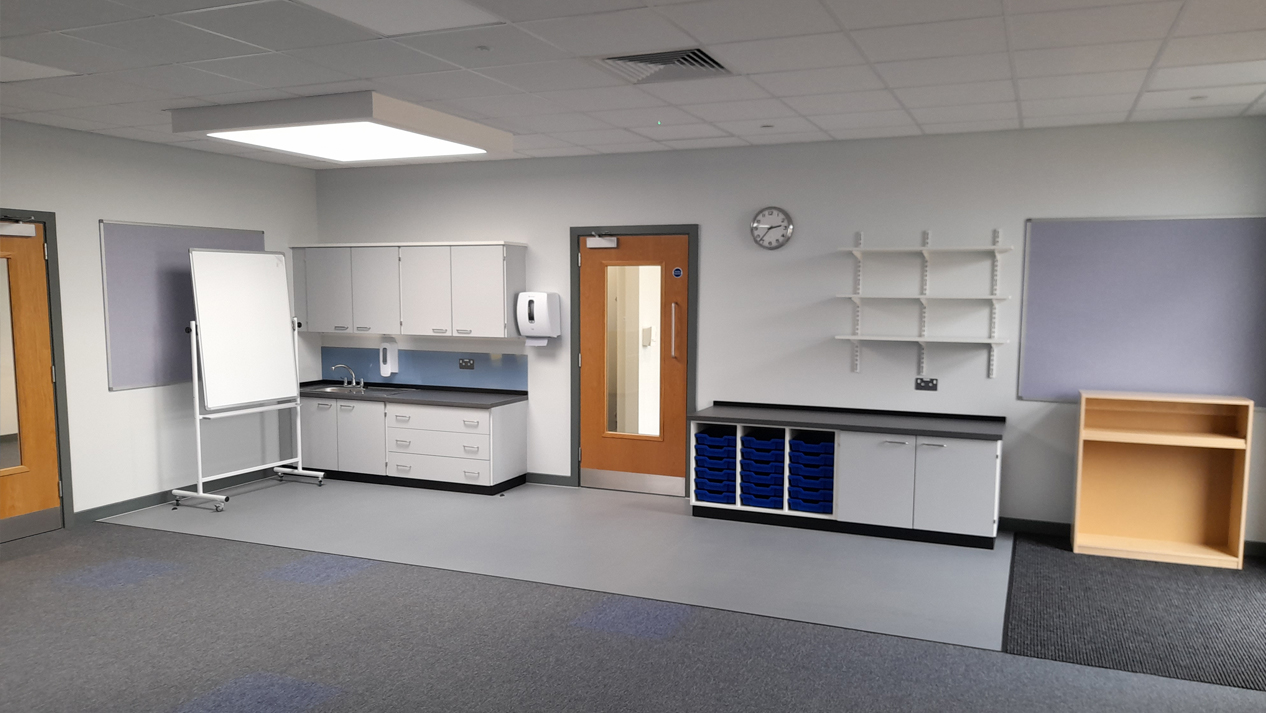 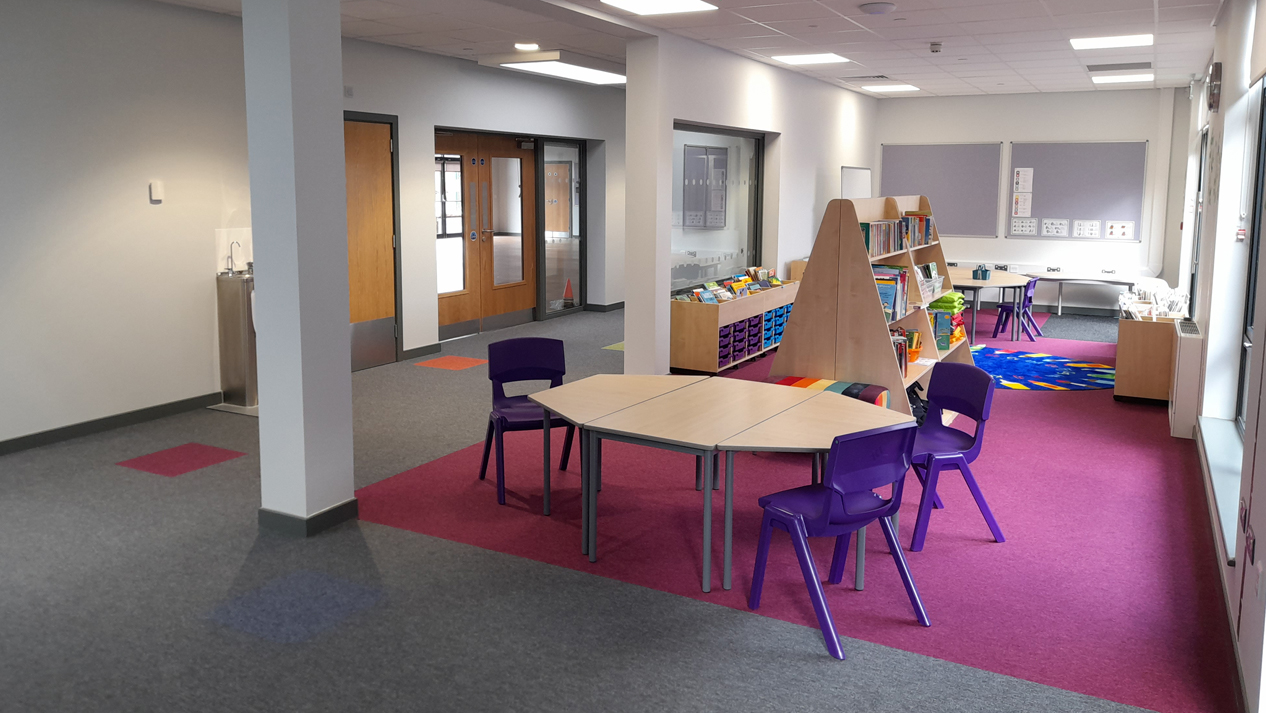 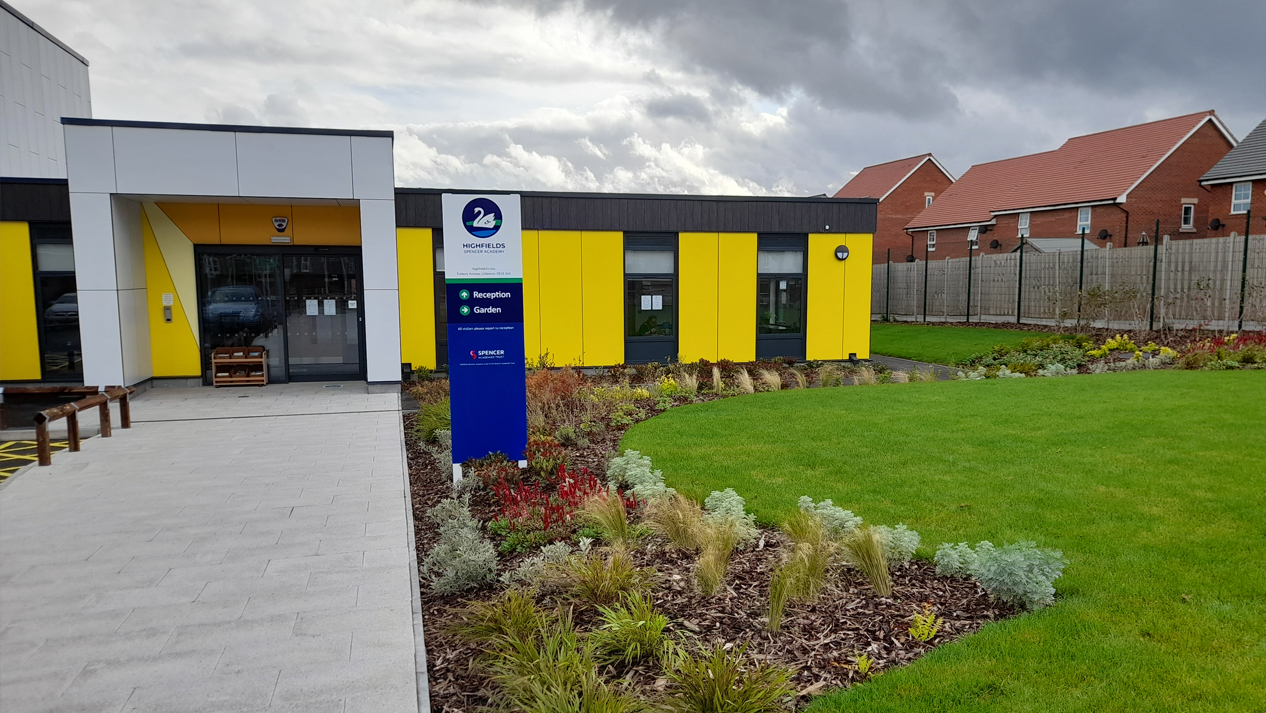 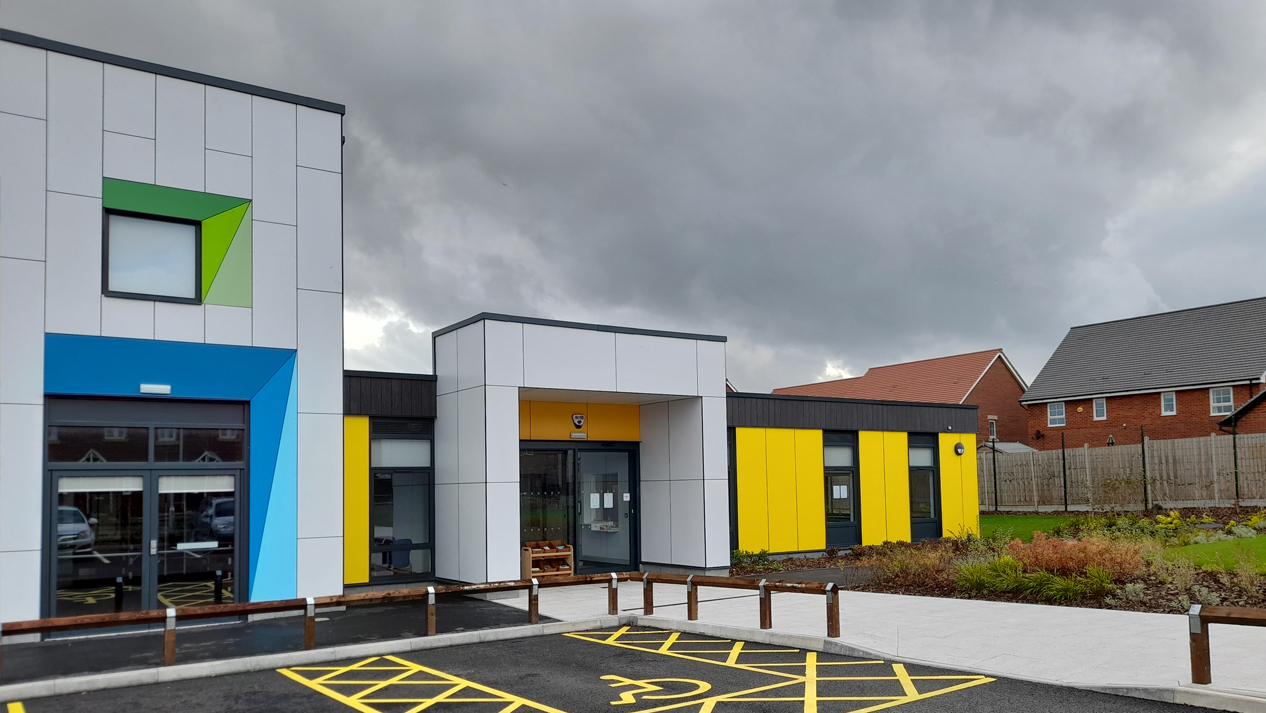 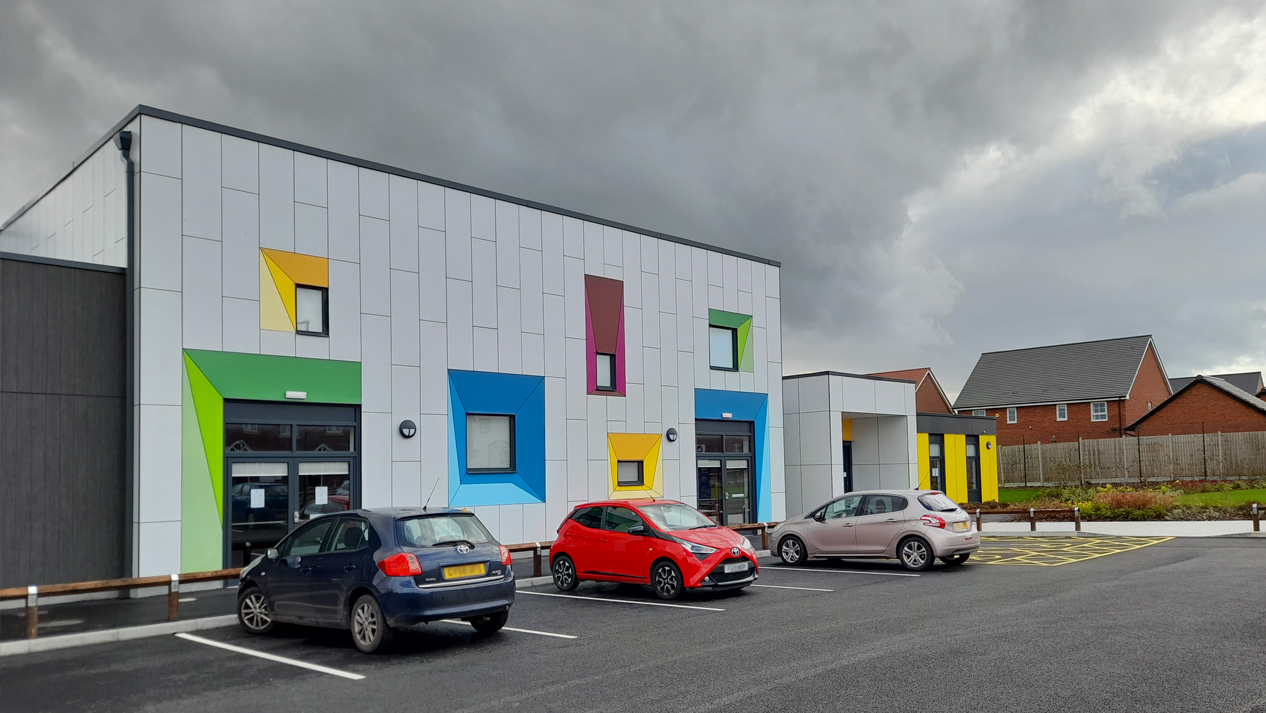 The project was delivered ahead of the scheduled time, on budget and meeting all standards and guidelines. The school were delighted with the outcome.

We work with clients in both the private and
public sector. Contact us to start your project.